Jankel, a world-leader in the design and manufacture of high-specification defence, security and NGO protection systems, has announced the receipt of a follow-on order for x10 of their twin-cab pickup variant Toyota LC200. The order comes from an undisclosed customer who previously purchased armoured variants of the same vehicle; a contract that was announced in February 2021. In addition to these 10 vehicles, Jankel has recently received orders totalling a further 20 armoured LC200 vehicles from undisclosed customers, globally, sweeping up the last of the LC200 available stock.

With the Toyota LC200 base platform having now gone out of production, the customer secured the base vehicles for this project using Jankel’s “buy now – armour later” scheme to ensure they had sufficient stock of the outgoing LC200’s, prior to conversion. Jankel are highlighting this conversion as an example of how they can adapt any vehicle to meet customer needs and fill specific capability gaps in the specialist protected vehicle market. With no new LC200’s now available, The Jankel pickup design has the potential to become an after-market modification carried out on in-service LC200’s.

Jankel has integrated an existing and proven pickup design with the also proven and certified, Jankel LC200 base platform. Bringing together the strengths of both designs into one offering has resulted in the variant extending the operability through a gain of an additional 650mm in wheelbase.  This combined with a heavy-duty rear axle upgrade delivers an increase in Gross Vehicle Mass (GVM-4495kg) and payload (up to 1500kg depending on specification), whilst retaining the existing crew-cab dimensions and space. The technique of lengthening the chassis and incorporating the modular and adaptable flatbed pickup pod is easily adapted to other commonly armoured light vehicles.

Looking ahead, Jankel are currently developing their armoured LC300 design that is scheduled for a product launch later in 2022. The result of an extensive design, development and testing programme, Jankel’s new LC300 will deliver ‘best in class’ protection, safety, capability and functionality. Leveraging Jankel’s considerable experience in the field of Civilian Armoured Vehicles (CAVs) gained over many years of high-quality service to the defence, security and NGO sectors, the new LC300 will be an exciting addition to Jankel’s range.

Andrew Jankel, Chairman at Jankel Group said: “We first developed the new pickup variant of our Hot Formed Armoured LC200 as a result of receiving an order from an existing customer in 2021 and we’re delighted to have received this follow-on order for an additional x10 un-armoured variants, underling their confidence in Jankel to deliver”. He added: “Looking ahead, we’ll be launching our armoured Toyota LC300 later this year which is undergoing an extensive design and development programme. We have listened carefully to our customers evolving needs and I believe it will be a best in class, quality product”.

For more information on our land cruiser heritage and expertise, click here: https://www.jankel.com/products/civilian-armoured-vehicles/hot-formed-toyota-lc200/

For information about extending the life of your current CAV fleet, click here: https://www.jankel.com/wp-content/uploads/2021/11/LC200-Extend-leaflet-2021V4.pdf 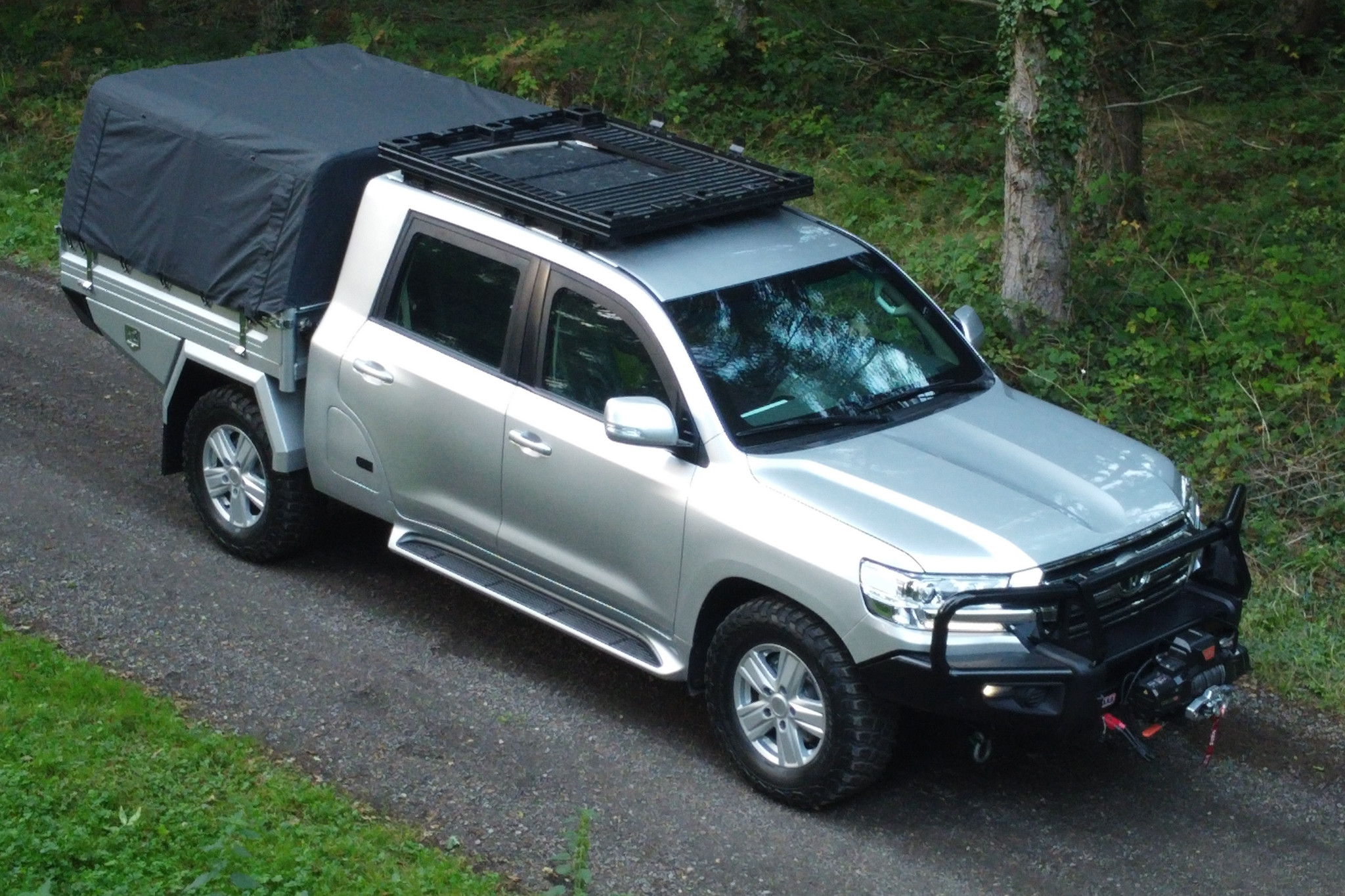