Having obtained the Silver Award under the MOD’s Employer Recognition Scheme, Jankel was once again delighted to be invited to the MOD Leadership Training Day. The event, which took place on the 29th September, was hosted at the Royal Military Academy in Sandhurst; one of the UK’s most prestigious military locations.

The event, which provides insight into how the MOD train their personnel to become leaders, was divided into eight different activities which were designed to challenge and stimulate, both mentally and physically.

Tasks were also designed to encourage the development of leadership and communication skills, initiative, lateral thinking and problem solving as well as to have fun.

Commenting on the Leadership Training Day, Jennifer Daum said: “I would say it was worth doing. The entire day was divided into eight activities to give us an idea of eight different parts of the army. The point was to show that not everything was infantry and infantry management but also recovery, intelligence, logistics and AED management. I can definitely see where some of the knowledge from these activities can be easily applied in the business.”

Vanessa Mitchell added: “It was worth doing and I’m glad I took part, but I found it very tough. I think a high level of fitness is required for anyone taking part! But it was a great opportunity and I would say that it is a good thing for the Jankel staff to participate in”.

Amanda Moncrieff, Head of Human Resources, actively encouraged Jankel staff to get involved in the event. Amanda said: “It’s great for the team to see first-hand the skills taught by the MOD and to be able to participate in a different kind of training and development.”

“We are proud of all our staff who attended this year, and in previous years, for achieving the challenges they set themselves; some of which they never thought were possible! We are also delighted to continue pledging our support for Reservists within the MOD.”

Well done to all the participants and a special congratulations to Dan Coates, Jankel’s Electrical Systems Design Engineer, who was on the winning team. 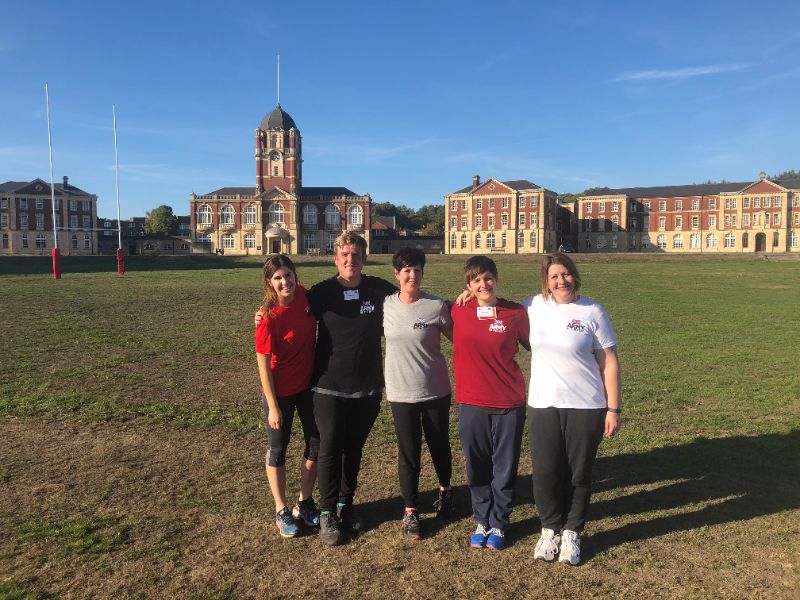